Food waste is the third largest component of waste by weight only behind yard waste and corrugated boxes. Approximately 35 million tons of food waste goes to landfills per year in the U. S. alone.

Screening and grinding equipment are required. Eventually there will be an upset condition. There will be an escape or bypass whereby the food waste pulp will contain materials (glass, ceramics, wire, metal, rocks, etc) which will play havoc on progressive cavity rotors and stators, membranes on the piston membrane/diaphragm pumps.

In several cases our customers experienced a one (1) year payback on the purchase of our ram pump just in the savings of rotors & stators alone.

We also offer several options for those plants who are after unique control and "back flushing purge" features. 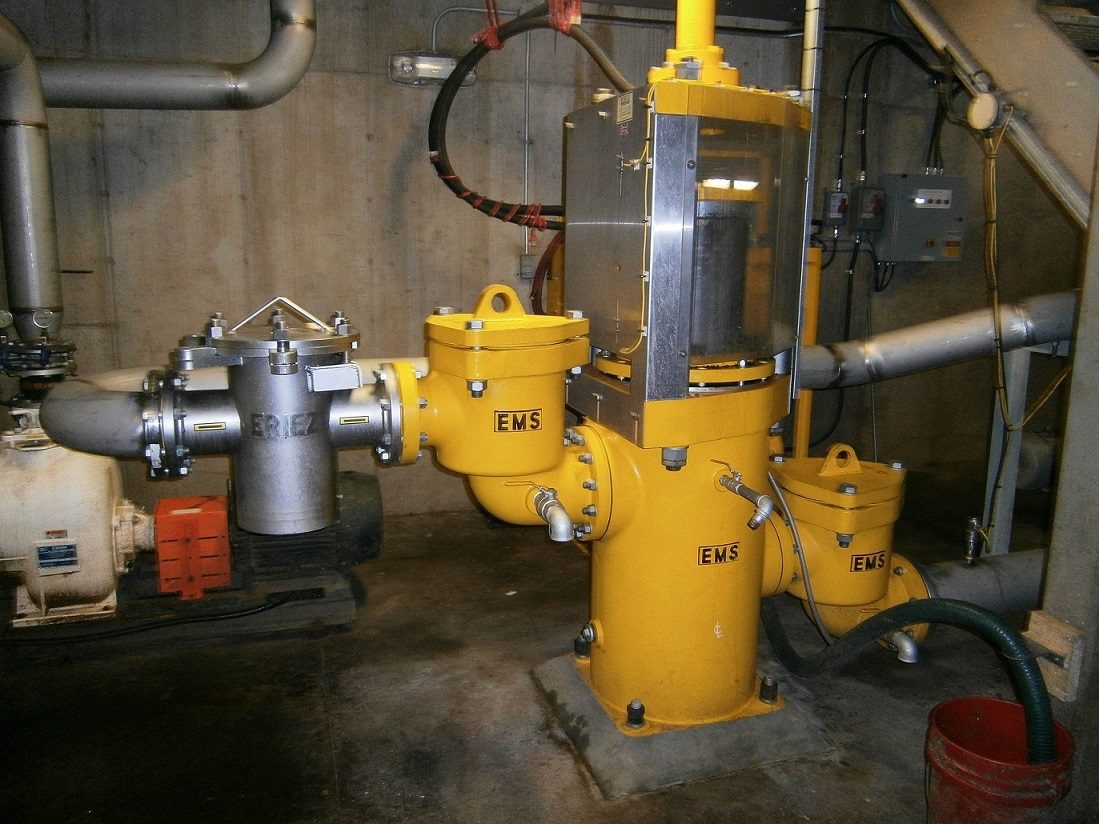 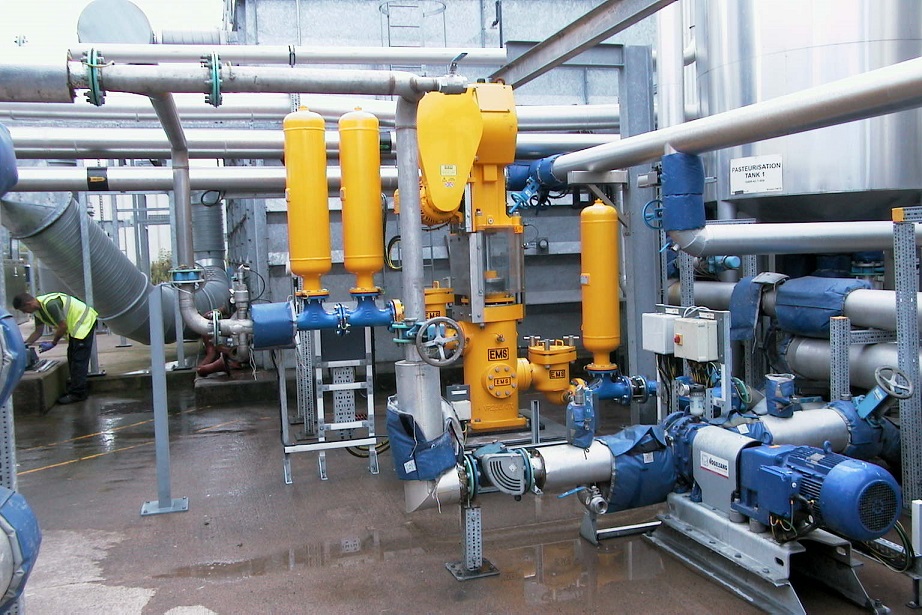 In May 2014 EMS supplied a VRMG270 ram pump as a trial unit to be used in the Wessex Water food waste facility at Avonmouth STW. The trial pump was installed after the Haarslev Hammers and pumped the food waste slurry from there to the pasteuriser tanks for heating to 75 degrees C.

The trial was found to be very successful, very quickly which triggered the request for a second trial ram pump to pump the “heated sludge from hell” (quiet literally) to the anaerobic digesters, the second trial pump arrived in August 2014.

Again, the trial pump worked very well and the result was that Wessex Water ordered two VRMG250 ram pumps from EMS to replace the trial ram pumps permanently. I have attached a JPEG that shows the two trial pumps and details their history which for one of the pumps started in 2006.

The trial ram pumps had not only been very rugged and robust but more essentially had delivered a much improved degree of reliability to the process and the benefits of that therein.

The new pumps were delivered and installed in June 2015. 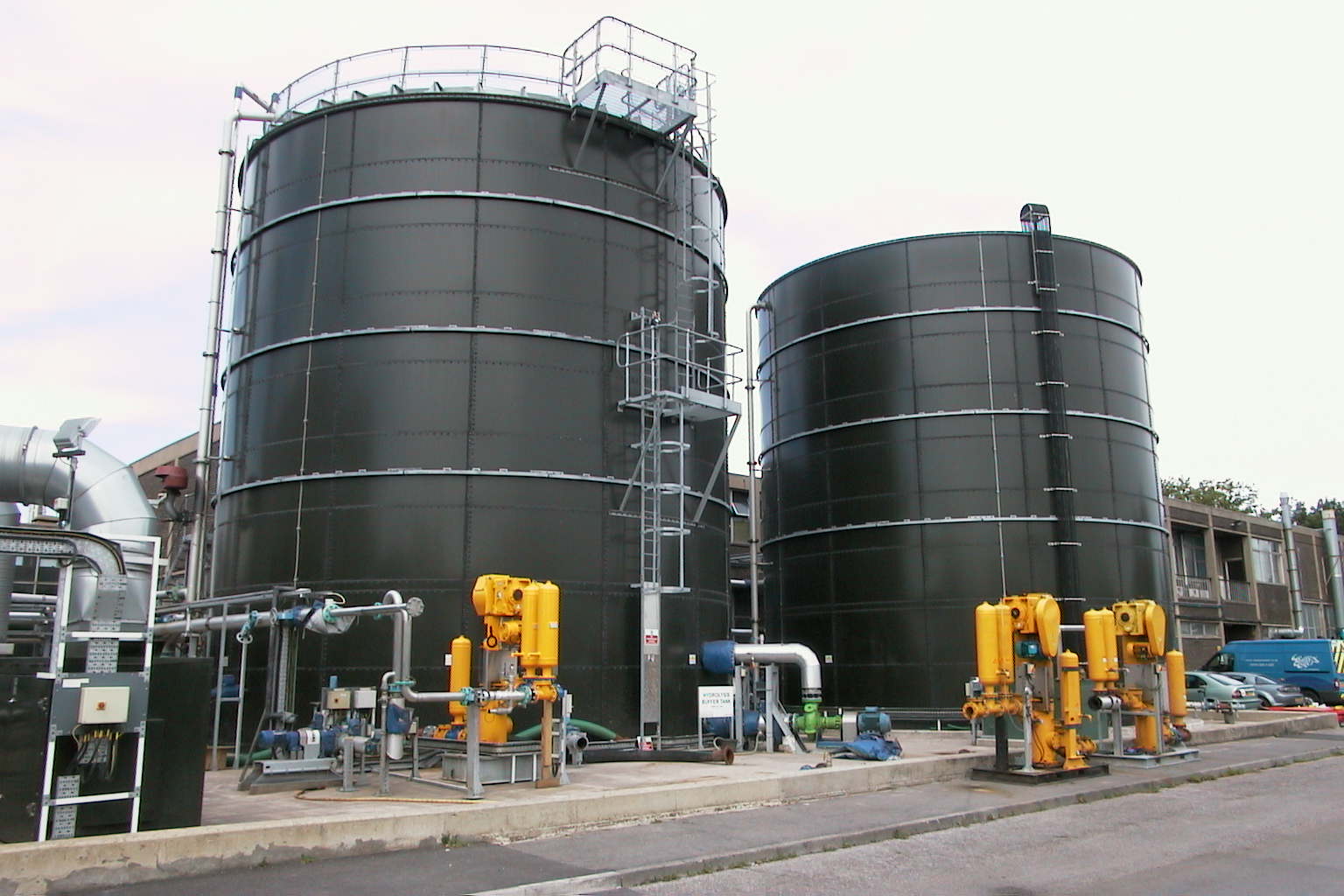 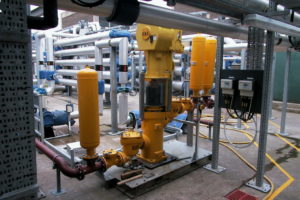 EMS were invited by Bio-Collector who are the only re-cycling company in London that collect the food waste for processing to trial a ram pump on their process. A VRMG250 ram pump was dispatched in July 2015 to site.

The trial pump was installed adjacent to the Haarslev Hammer to withdraw the food waste slurry from the Hammers and pump it to the pasteuriser tanks.

The previous pump was a progressing cavity pump that had carried out this duty was having the stator replaced every 6 weeks and the rotor at 24 weeks at a considerable cost.

The trial was exceptionally successful and a new ram pump was ordered to replace the trial unit which was installed in January 2016. The trial unit has stayed on site to be tested on other pumping applications where problems are being experienced. 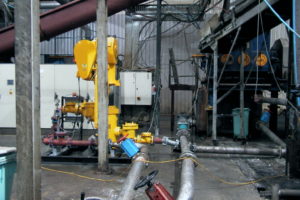 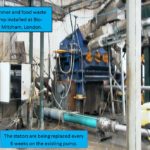